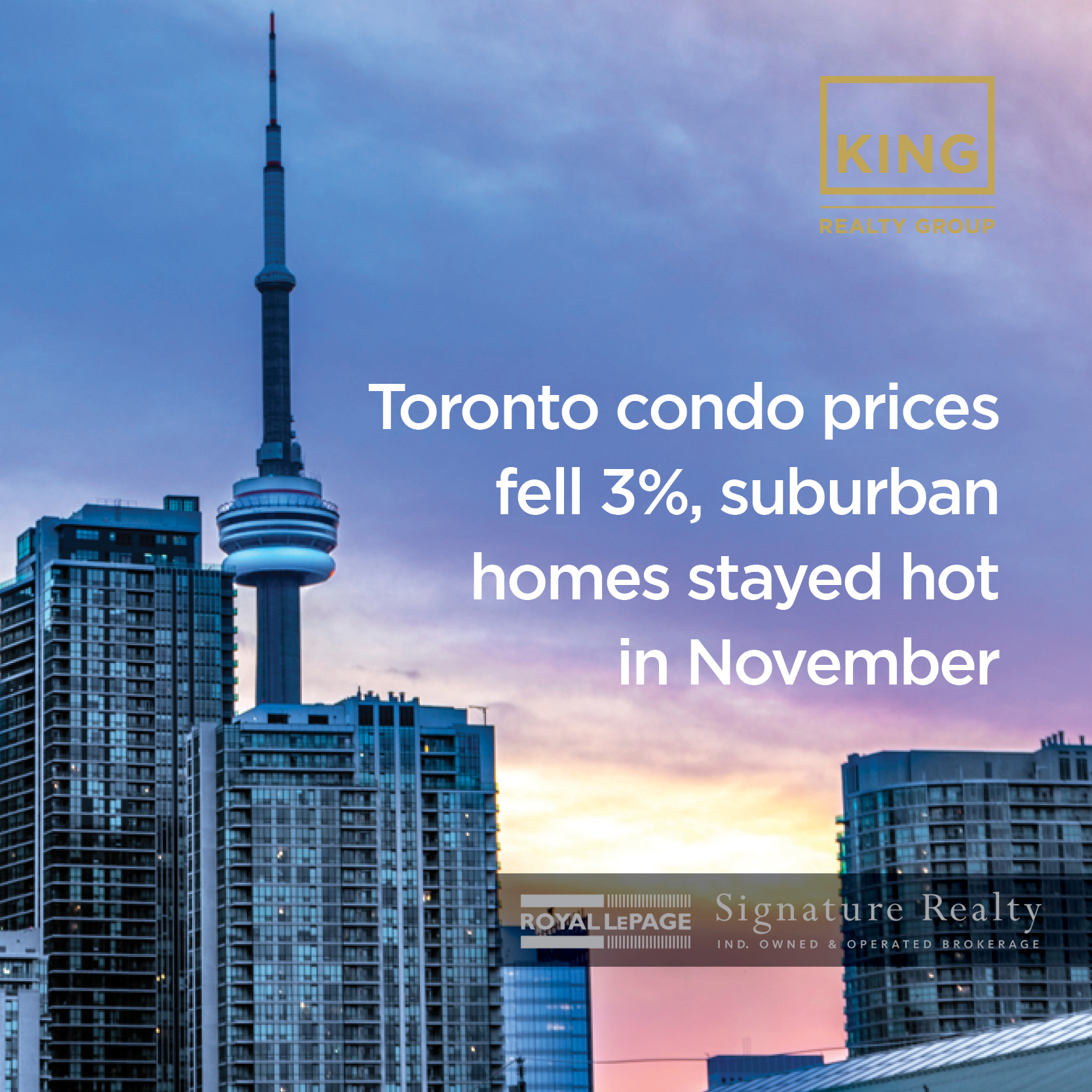 The average price of a Toronto condo declined by three percent annually in November to $640,208, according to data released today by the Toronto Regional Real Estate Board (TRREB). Condo sales in the city posted a slight 0.8 percent gain from the same period last year, with 1,375 transactions tracked by TRREB across the city.

The November condo price decline won’t come as a surprise to many market observers. Last month RBC Senior Economist Robert Hogue wrote that downtown condos are the “weak spot” in the country’s housing picture as real estate investors, faced with a supply-flooded rental market and declining cash flows in several major cities, offload their units into the resale market.

Although Toronto’s condo market has not delivered anything resembling the robust rebound seen in the region’s single-family home market since the spring, TRREB Chief Market Analyst Jason Mercer believes the weakness will be temporary.

“The condominium apartment market is certainly more balanced than in previous years, with some buyers benefiting from lower selling prices compared to last year. However, this may be somewhat of a short-term phenomenon,” said Mercer, in a media release.

“Once we move into the post-COVID period, we will start to see a resumption of population growth, both from immigration and a return of non-permanent residents. This will lead to an increase in demand for condominium apartments in the ownership and rental markets,” he said.

The divergence between the region’s 416 condo market and suburban 905 single-family homes remained pronounced in November.

Detached, semi-detached, and townhome properties across the 905 all saw double-digit sales and price growth. Detached homes led the way in the 905, with prices rising nearly 20 percent to $1,124,286 in November. Sales for detached homes were up over 33 percent compared to November 2019.

“Competition between buyers for ground-oriented homes has been extremely strong in many neighbourhoods throughout the GTA, which has continued to support double-digit annual rates of price growth,” she added.

Strong activity in suburban markets meant overall home sales, which surged to 8,766 transactions across the Toronto region, were up over 24 percent from last year.