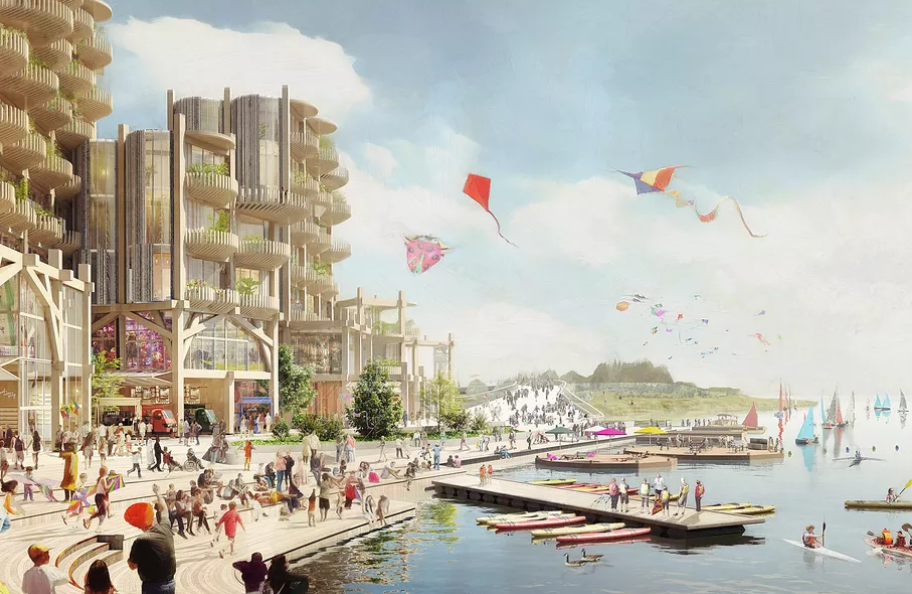 Sidewalk Labs, Alphabet’s smart city subsidiary, is walking away from its ambitious plan to transform a slice of Toronto’s waterfront into a high-tech utopia.

The plan, which was projected to cost over a billion dollars and has been under development for over two years, had run into community opposition from local residents who objected to the company’s high-tech, sensor-laden vision for the city’s waterfront.

In an online statement, Sidewalk Labs CEO Dan Doctoroff said the “unprecedented economic uncertainty” as a result of the COVID-19 pandemic has made the proposed project financially unviable.

According to Doctoroff:
For the last two-and-a-half years, we have been passionate about making Quayside happen — indeed, we have invested time, people, and resources in Toronto, including opening a 30-person office on the waterfront. But as unprecedented economic uncertainty has set in around the world and in the Toronto real estate market, it has become too difficult to make the 12-acre project financially viable without sacrificing core parts of the plan we had developed together with Waterfront Toronto to build a truly inclusive, sustainable community. And so, after a great deal of deliberation, we concluded that it no longer made sense to proceed with the Quayside project, and let Waterfront Toronto know yesterday.

?At one point, Sidewalk Labs’ plan was to spend $1.3 billion on mass timber housing, heated and illuminated sidewalks, public Wi-Fi, and, of course, a host of cameras and other sensors to monitor traffic and street life. Residents objected to the company’s approach to privacy and intellectual property.

Since it first was announced in 2017, Sidewalk Labs’ Toronto project has faced constant criticism, both from city residents and others who oppose urban profiteering by tech giants about the opacity of its plans. In 2019 The Toronto Star published a report based on leaked documents that revealed the company to have grander ambitions than just a 12-acre lot. The documents revealed Sidewalk Labs was interested in developing a larger 350-acre swath that encompasses the current parcel.

Waterfront Toronto, Sidewalk Labs’ nonprofit, government-appointed partner on the project, released a statement stating it was not involved in the decision to end the project.

“While this is not the outcome we had hoped for, Waterfront Toronto offers thanks and appreciation to Sidewalk Labs for its vision, effort, and the many commitments that both the company and its employees have made to the future of Toronto,” board chair Stephen Diamond said.

The Quayside project could have been the realization of a long-held dream by ex-Alphabet CEO Larry Page, who, as far back as 2013, mused about ”set[ting] aside a part of the world” for experimentation. That off-hand comment at Google’s I/O conference spurred a fanciful take in Wired about what a “Google Island” may look like.