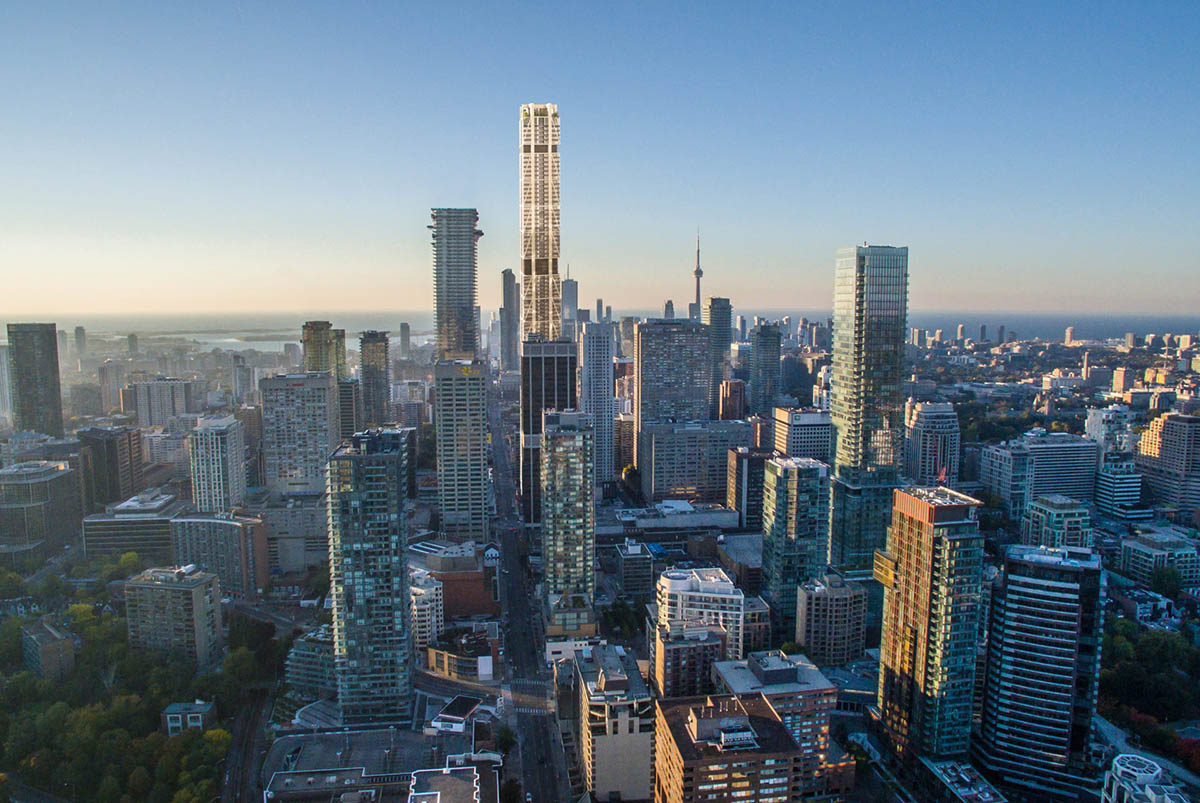 For many metropolises around the world, the subway system acts as the arteries, carrying hundreds of people across the city every minute.

While the Toronto Transit Commission’s subway lines aren’t the same spaghetti-like maze of London’s underground or New York City’s MTA, they play a vital role in moving us to and from the downtown core. For any prospective downtown Toronto dweller, proximity to a TTC subway station is a hot-ticket item.

If you’re one of the thousands of daily TTC subway riders, these future new construction condo projects might provide you with the transportation accessibility you’re hoping for.
The One

Smack-dab in the middle of Yorkville, The One is situated on one of the city’s most well-known intersections, and is close to the busiest TTC subway station. With construction expected to wrap up in early 2023, this Mizrahi Developments’ creation will also break records as one of Canada’s tallest buildings, topping out at 85 storeys. Future residents can indulge in the building’s luxury amenities, including a tree-lined garden terrace, infinity pool and professional concierge service.

Developer: Tridel Nearest TTC stations: Sherbourne and Castle Frank Priced from: $1,197,000
Nestled at the top of Parliament Street, Via Bloor provides the convenience of two nearby Bloor-line subway stations. Get your heart racing in the fourth-floor amenity facility, complete with a spin room, fitness centre and whirlpools. Or, if you’re in the mood to socialize, these two towers also provide party room space and outdoor lounges to admire the city views from. 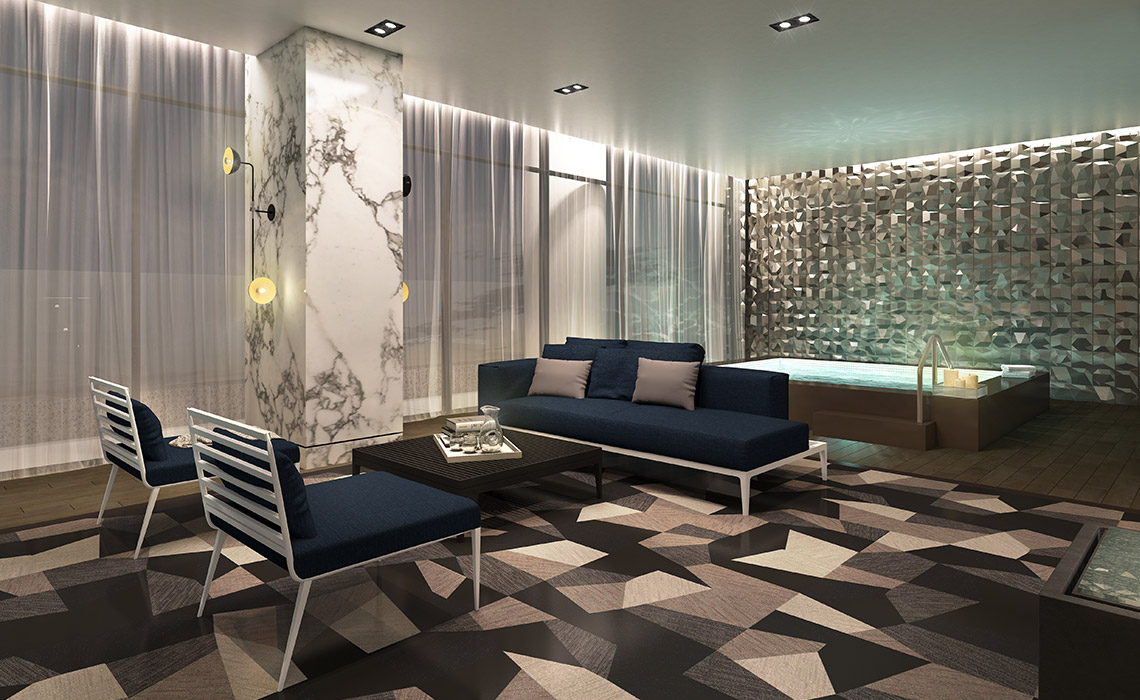 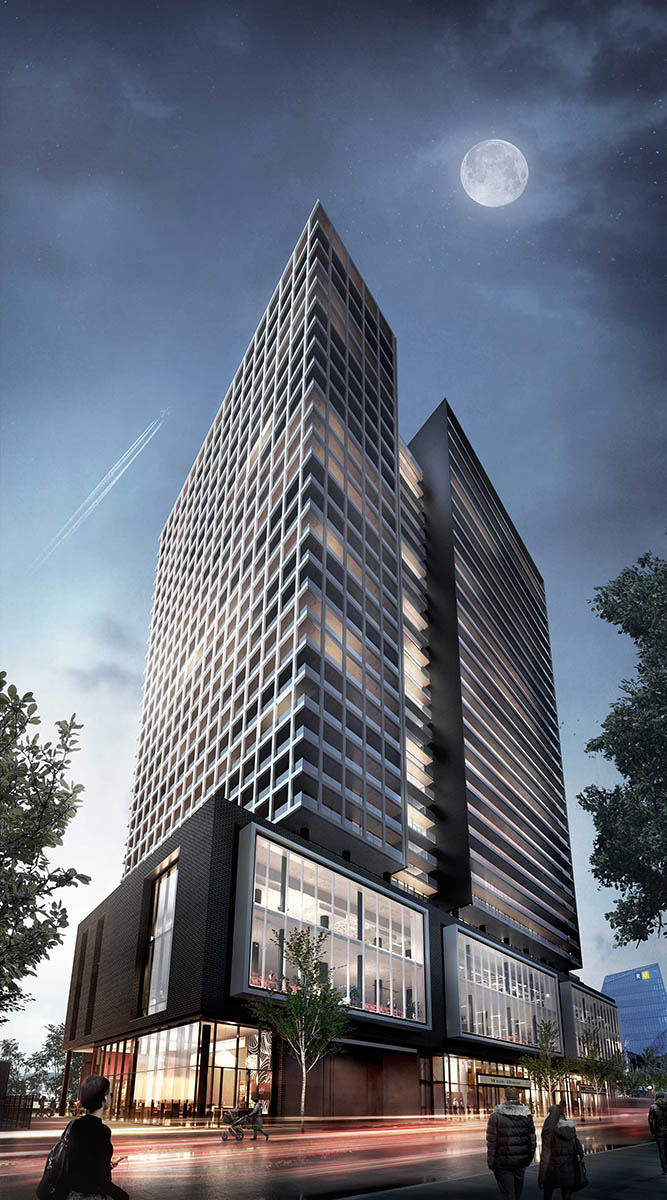 ?
Developer: Lifetime Developments Nearest TTC station: Dundas Priced from: $1,769,900
Dundas Square is regarded as the mini Times Square of Toronto, with its perimeter of digital billboards and permanent tourists. Future residents of the 30-storey Panda Condos will be arm’s length from Toronto’s unofficial city centre, including the Eaton Centre, Cineplex and the Elgin and Winter Garden Theatre.

Rising 47 storeys above Church and Adelaide, The Saint puts you within walking distance of restaurants, bars and boutique shopping. Focused on health and wellbeing, the amenities in this building provide a retreat to decompress from the chaos of downtown. In the wellness centre, you’ll find a communal rain chromatherapy room, private spa room, and a meditation room complete with a salt rock wall. 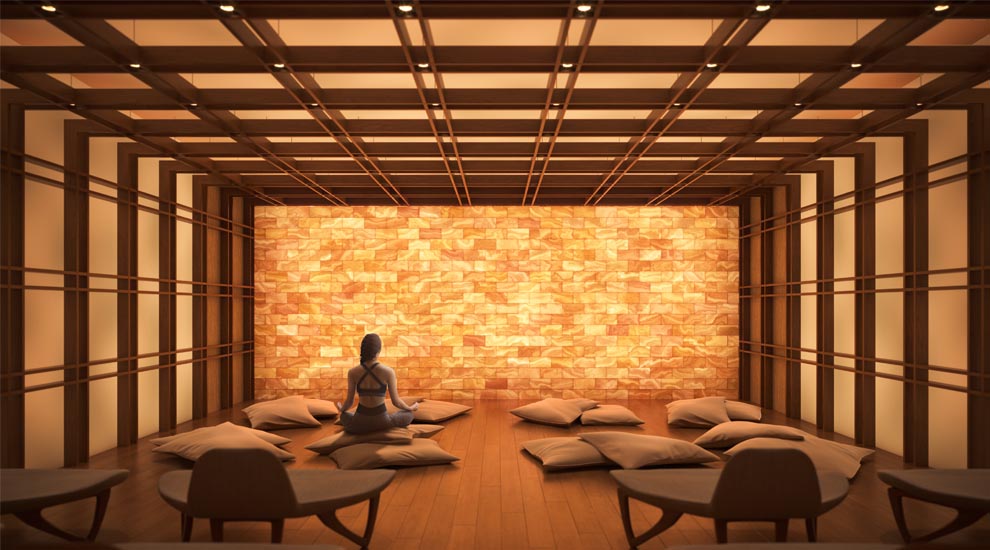 This amenity-rich building provides plenty to do on Dundas Street and University Avenue. For the sports fanatic or game enthusiast, there’s an indoor golf simulator, video game room, sports lounge with billiards and a bocce court. If your hobbies are more wellness-focused, there’s a sauna, yoga deck and fitness centre just for you.

The Point at Emerald City 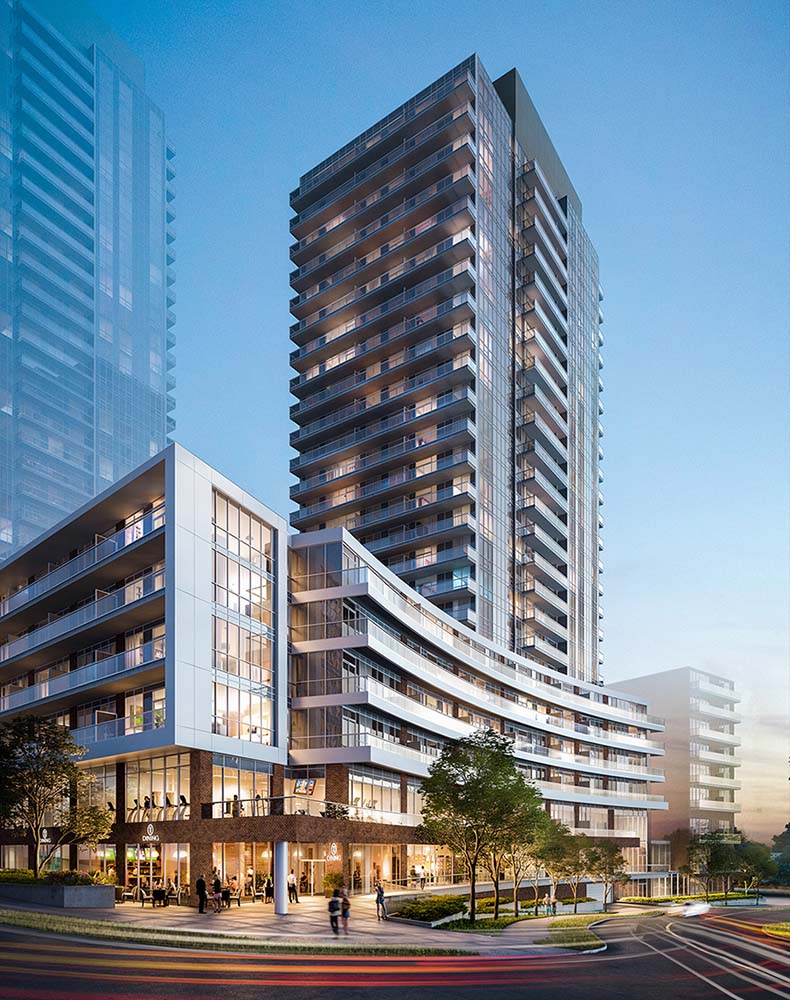 Arriving next summer to Sheppard Avenue and Don Mills Road, this 24-storey project is a stone’s throw away from an abundance of shops, parks and entertainment options, including Fairview Mall. Even if you’re not a committed TTC commuter, Highway 404, the 401, and the Don Valley Parkway are right at your doorstep. 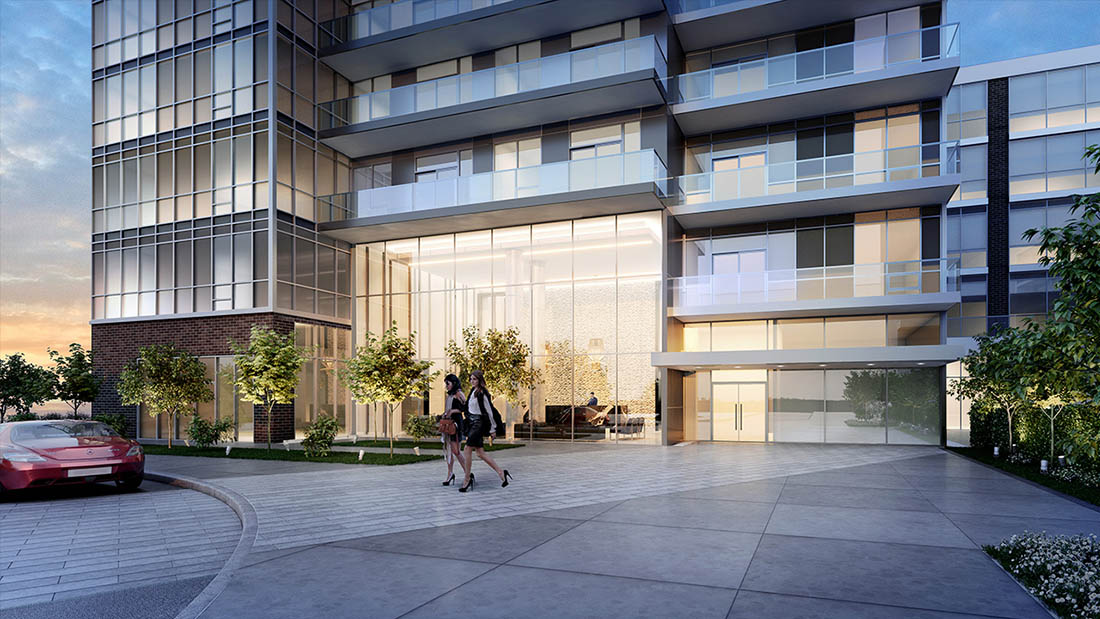 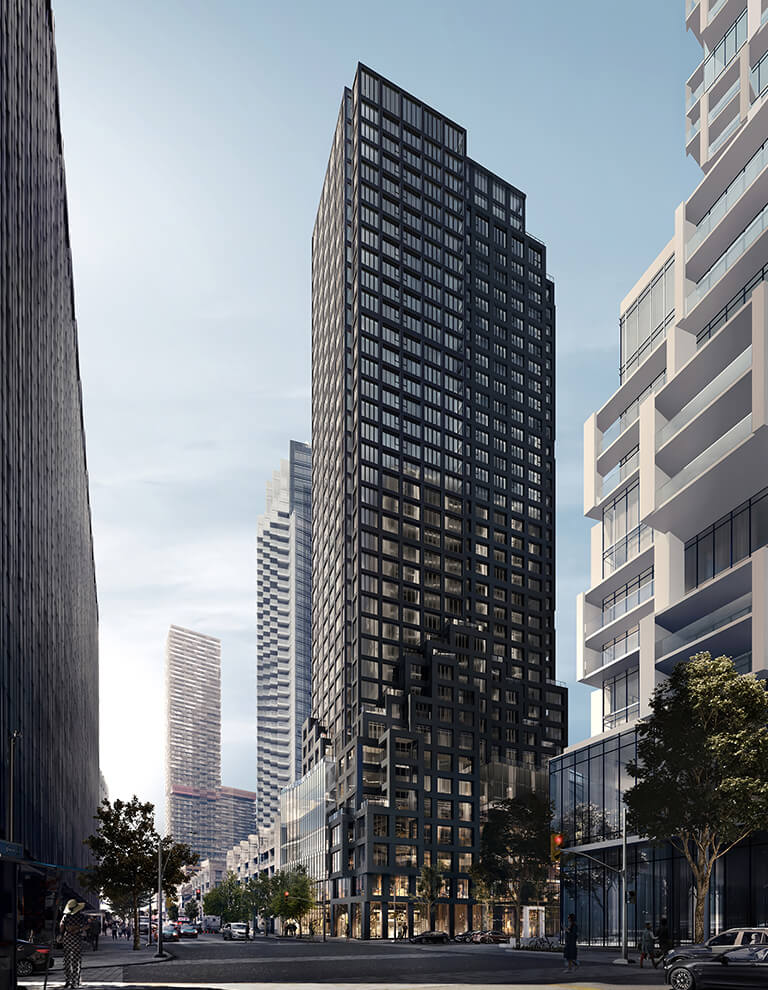 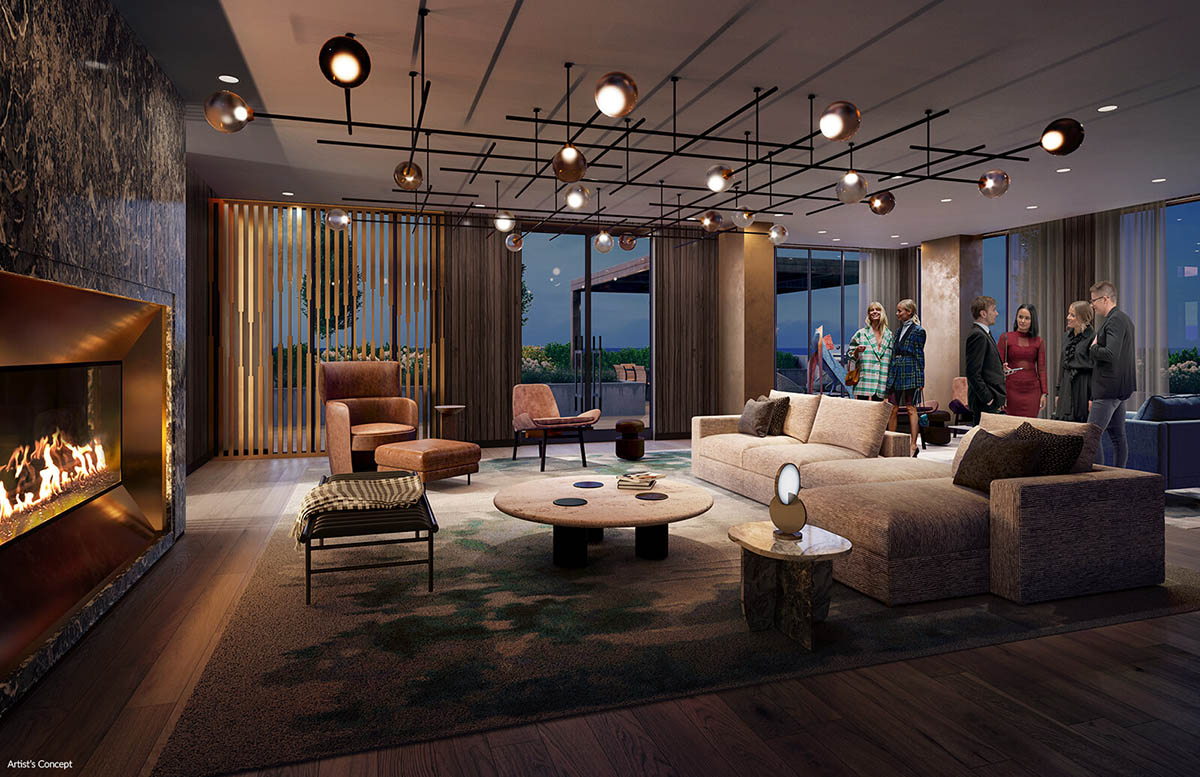 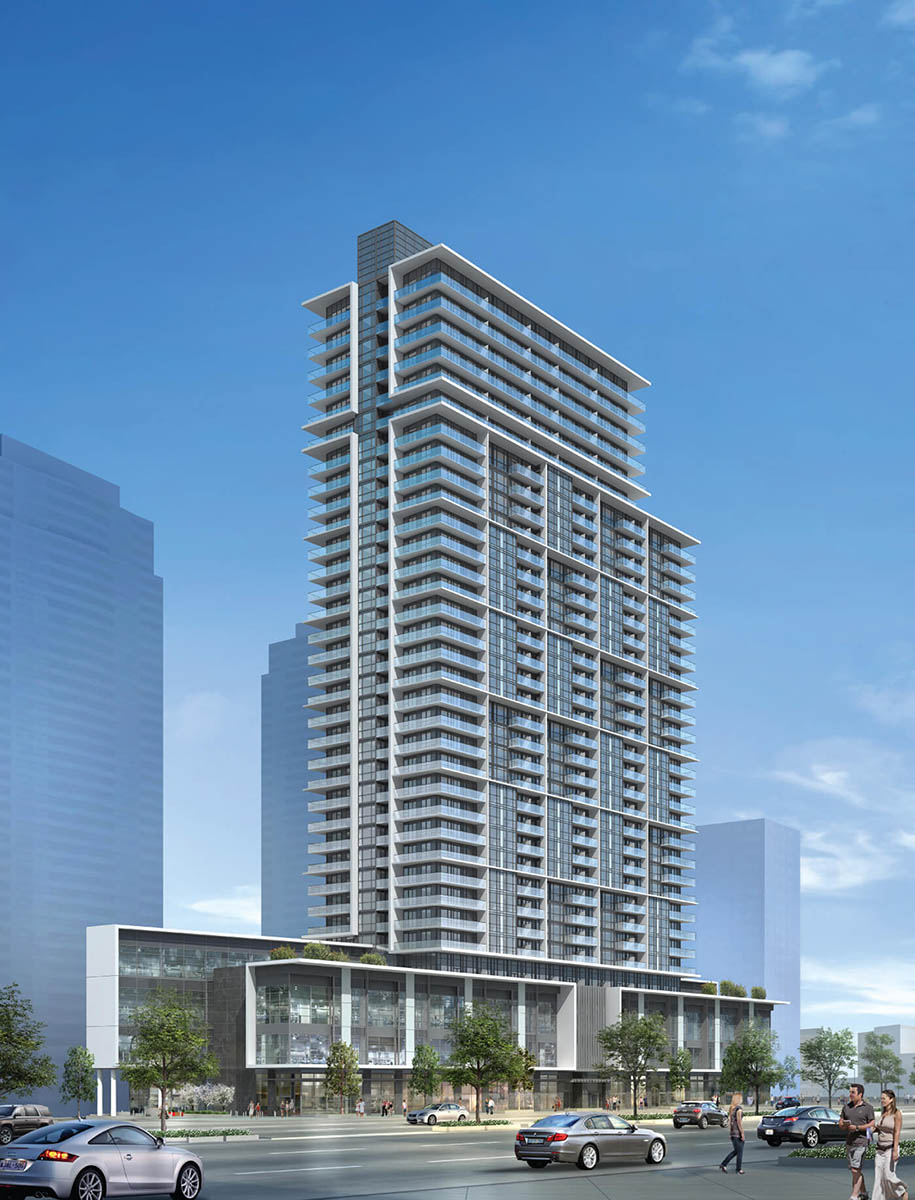 
This 34-storey building is right in the heart of the North York City Centre. On foot, you can find a ton of restaurants, greenspaces and the Sheppard Centre. Close to both the North York Centre and Sheppard-Yonge stations, Pearl Place Condos puts you conveniently in proximity to Line 4 and Line 1. 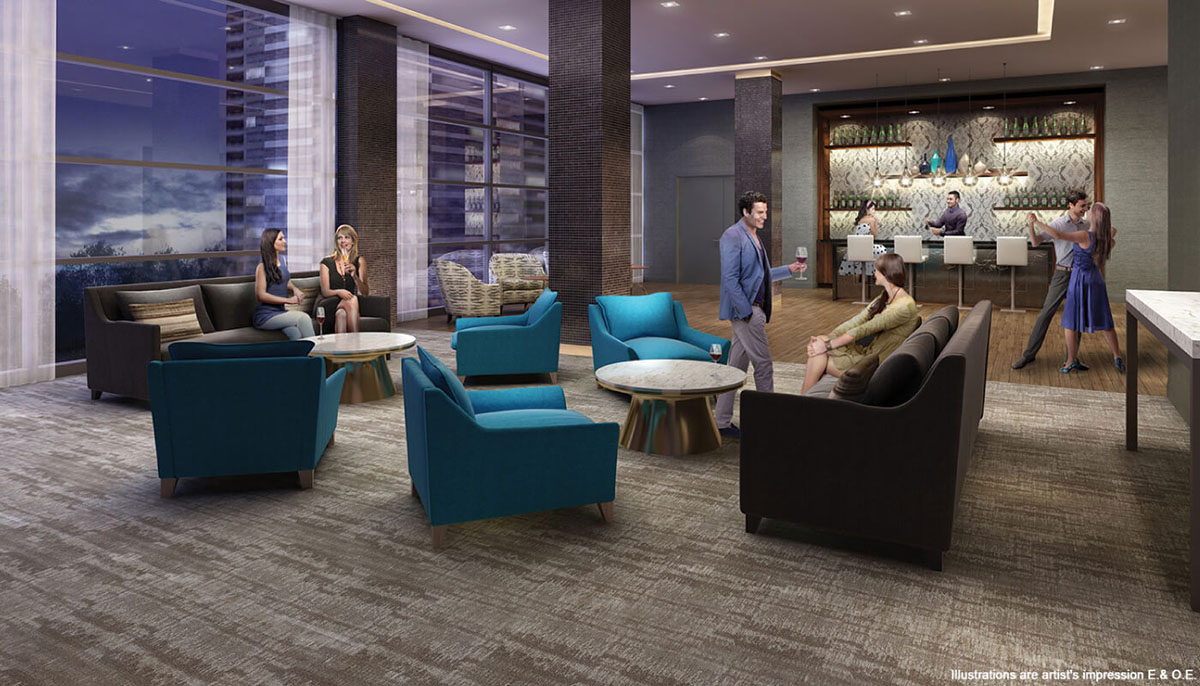 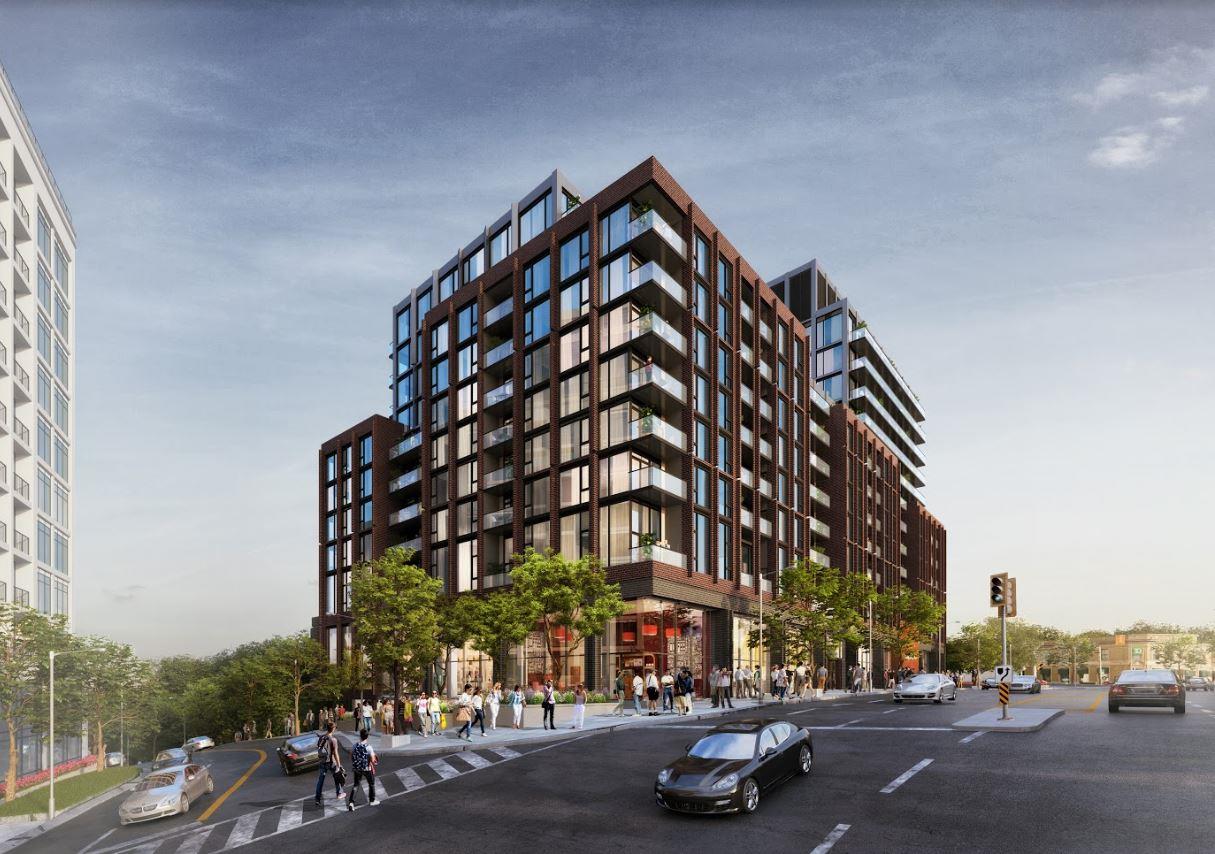 In Bloor West Village, this 12-storey building is waiting to break ground on Bloor Street and Kingsway. Admire views of downtown from the outdoor terrace, or take a breather in one of the lounges. If you’re looking to go farther afield, there’s restaurants, yoga studios and cafes waiting to be tried. 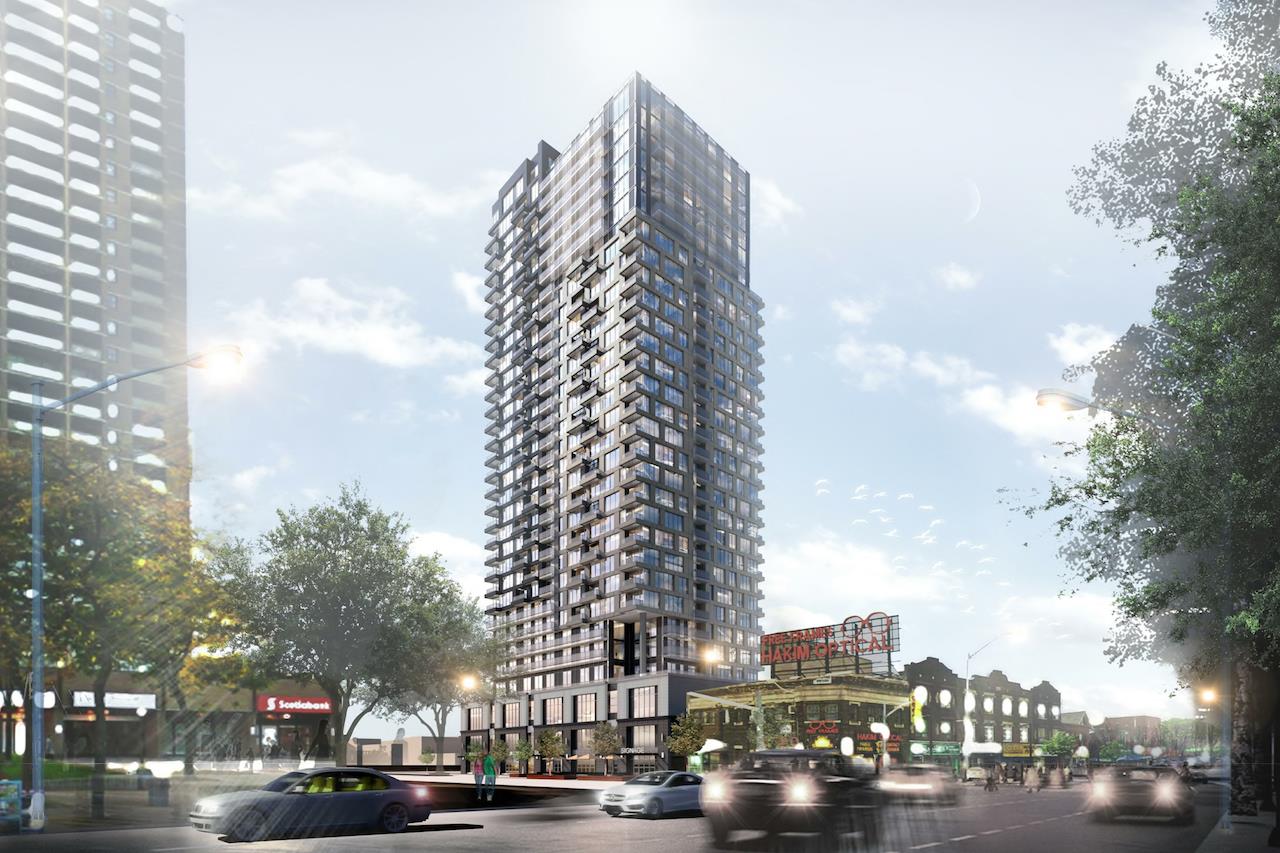 For those who wish to enjoy the benefits of downtown, but not the hustle and bustle, Linx Condos provides a compromise. Steps from the Main Street TTC station and Danforth GO, this 27-storey building is close to an abundance of commuter-friendly transportation options. Within walking distance, you’ll also find everyday essentials, including banks, Shoppers Drugmart, Sobeys and Canadian Tire.